HDR Brachytherapy Programs Are Under Pressure

“Use it or lose it,” is an old adage that is finding new meaning in this day and age of cost-cutting in radiation oncology circles. Facilities that have long owned and operated HDR afterloaders are coming under increasing pressure to justify the cost of source replacement/ service contracts. The pressure to increase the effective use of the source or face losing the HDR capability has forced at least a dozen facilities to mothball the equipment as of the first of the year.

The push to increase source utilization presents a golden opportunity to introduce the AccuBoost offering. Many sites have learned that the addition of AccuBoost – is not only the best for the patients, but also it rescues and revitalizes the overall HDR brachytherapy program. In the same vein, a number of sites that have been operating on a reduced source change schedule, after committing to AccuBoost offering, have resorted back to more frequent source changes.  Renee Shank, Manager of Radiation Oncology at Mary Washington Hospital in Fredericksburg, VA states, “with the addition of AccuBoost we intend to go from 4 to 6 source changes a year.”

Learn How AccuBoost Can Help You Grow Your Brachytherapy Program! 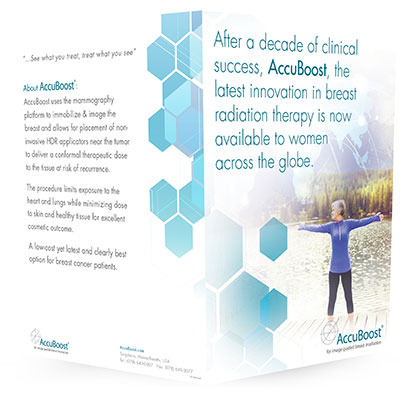