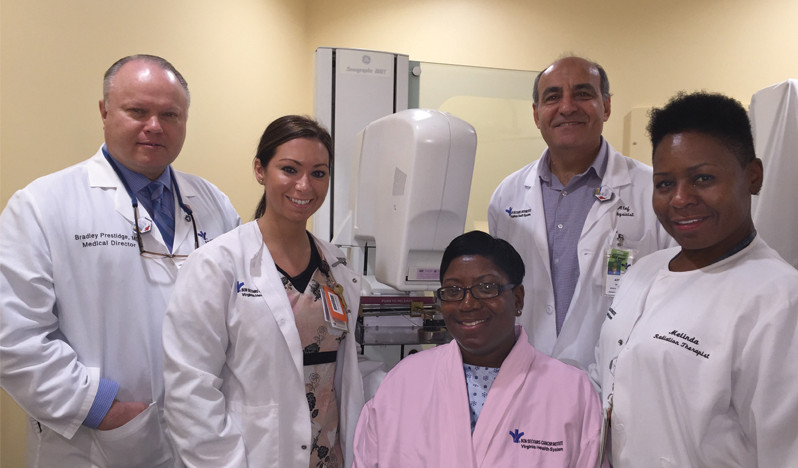 Bradley Prestidge, a thought leader in radiation oncology and noted brachytherapy expert, has recently launched AccuBoost at DePaul Medical Center in Norfolk, VA. Dr. Prestidge is not only one of our newest users, but also was the first user. He treated the first AccuBoost patient in July 2007 in San Antonio, later introduced AccuBoost to Memorial Hermann Cancer Center in Houston in 2010 and this year brings AccuBoost to the Virginia Coast.

In his assessment of the technology during the recent launch of AccuBoost at DePaul Medical Center, part of the Bon Secours Health System, Brad observed, “I continue to be impressed with the constant upgrades and improvements that AccuBoost has achieved since the early days – when we treated our first patient.” He adds, “I have noticed that a lot has changed with the equipment. The procedure is more refined and the length of the treatment time has been steadily reduced – to about half of what I remember. I especially like the new generation of applicators and the ‘wedge feature’ that allows for enhanced coverage of posterior lesions – that I was concerned with in the early days. Also, I am pleased with the supporting clinical results and broader range of use with the procedure, now for monotherapy in addition to boost.”